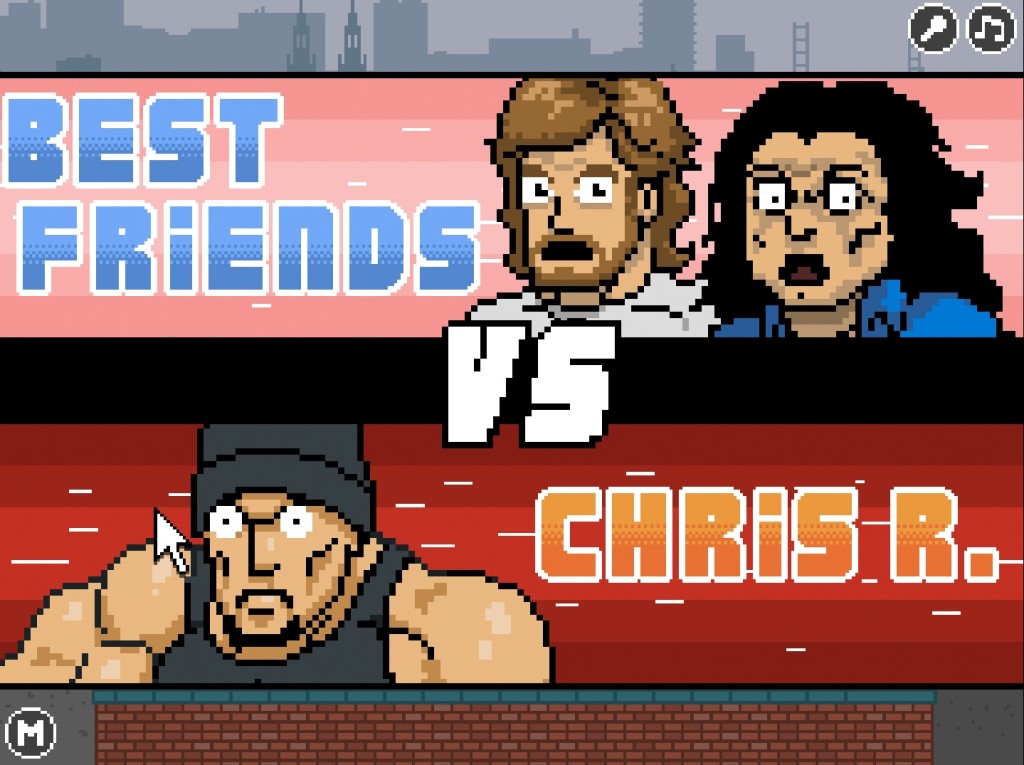 The Room Tribute or The Room is an unofficial video game released on September 3, 2010, based on the film of the same name directed by Tommy Wiseau. It was programmed by Tom Fulp and the game's artwork was provided by Newgrounds staff member Jeff "JohnnyUtah" Bandelin, with music by animator Chris O'Neill. The game was designed in the style of 16-bit graphics, much like similar games based on the films Tremors and The Hunger Games for Newgrounds' own 2010 and 2012 April Fools jokes.