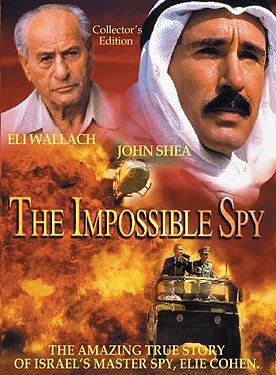 This is the true story of an Israeli civilian who was recruited into Israel's Secret Intelligence Agency to become a spy in Damascus, where he spent years infiltrating the Syrian political establishment. Israel's national hero, Eli Cohen, successfully entered the upper echelons of the Syrian government as a double-agent. The secrets he obtained became crucial in Israel's victory in the 1967 Six Day War.rnrnSource: http://www.imdb.com/title/tt0093248/plotsummary?ref_=tt_ov_pl